To be honest…probably not. Let me explain.

Blogs are a pretty special kind of website. The defining property of a blog is the fact that it is updated “regularly.” Regularly means different things for different kind of blogs. Many news websites are blogs that are updated minute by minute. This blog is updated as regularly as I have ideas and time to write them down. How regularly depends on the goal of the blogger.

Because blogs are websites that are updated regularly, search engines like Google and Bing tend to notice them. These search engines are constantly sending out bots or crawlers to index the internet. Sites that have regular updates get more attention from these bots and often do well in search engine results.

Most dental office websites are relatively static. Their content doesn’t change very much. A website with static content has to rely on other ways for search engines to find them. There are lots of ways to optimize a website to be found by search engines, but updating content is a simple way for non programmers to compete.

So, back to the original question. Does my office need a blog? Well, it depends. Is your current website doing well with the search engines? Do you come up pretty high on the first page when people look for “dentist in your town” or any other keywords you’re trying to connect with? If you’re doing well here, you probably don’t need a blog. If you’re not doing so well with the search engines, a blog could probably help.

Here’s the part you’re going to hate. In order to be helpful, the blog needs to be pretty original. If you have a company that’s managing your social media presence and they include a blog, it’s probably not going to help much with the search engines. In fact, it could be hurting you. If they’re using a stock blog for many of their clients, Google knows this. Google could actually use duplicate content against you.

You should write your own blog. That’s the very best way to do it. It’s time consuming and you don’t have a lot of time. I get it. If that’s the case, just don’t do it.

People can tell when a blog is written by someone who cares about the content. It really shows. You don’t have to be a great writer to have a great blog. But, you do have to be honest and it helps if you write like real people talk.

Another cool thing about blogging is that it is a great way to share ideas. If you have an interesting take on a topic, a blog is a very easy way to get your message out. It’s really easy to amplify your message using social media like Facebook, Google+ or Twitter. All you have to do is copy your blog’s url and paste it into your Facebook status. You just shared your idea with a bunch of your Facebook friends. And if you use Facebook on a somewhat regular basis, your friends there are probably a great audience that may well enjoy your message and help you spread it!

So, does your dental office need a blog? It’s hard to say. Whatever you do, don’t have a blog just because someone selling you something tells you that you need one. A good rule of thumb is that if you won’t write it, at least most of the time, you probably shouldn’t have one.

But then again, what do I know? 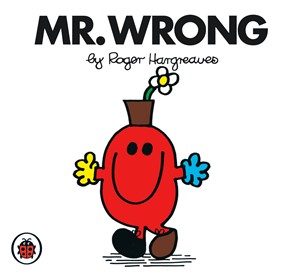